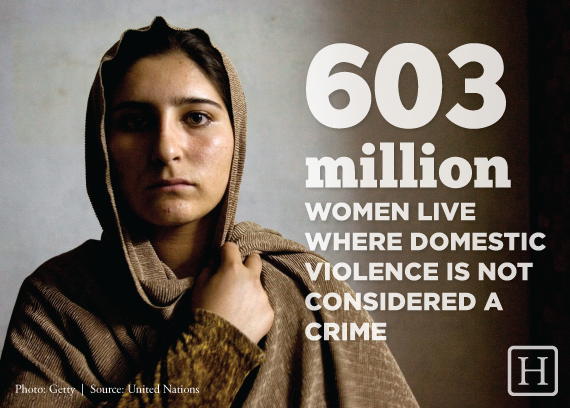 Women in the Arab world are among the most oppressed on earth. Culture and religion are the tools of oppression that men constantly revert to in ensuring women remain subjugated. Statistics from 22 Arab countries in the Middle East and Northern Africa indicate a dire need for empowerment and emancipation.

Violence against women is common

A study carried out by Thomson Reuters Foundation established worrying trends that are prevalent today. To begin with, women are subjected to physical violence by men, including their spouses and relatives, the latter being manifested in honor killings as happens in Palestine territories and Jordan.

Sexual exploitation is also prevalent as epitomized by rape, even within the domestic sphere, with no pertinent laws to punish offenders. In fact, in some cases, all the rapist has to do to avoid jail is to marry the trophy of his conquest – the woman. Even worse, some countries like Saudi Arabia and Jordan jail women who have been raped, ostensibly for adultery.

10 years olds are married off

The oppression of Arab women is also manifested through early marriages. Apart from Tunisia where girls cannot be married until they attain 20 years of age, Syria and Yemen allow children as young as 10 years to enter into matrimony. Obviously, these children are denied education and enter adult life while illiterate a good example being over 60% illiteracy rate among adult Egyptian women.

Participation in election is a luxury

The Center of Arab Women for Training and Research observes that “The numbers of Arab women participating in politics is the lowest in the world.” Although some countries like Tunisia are showing a gradual movement towards granting women the right to vote and stand for election, majority of Arab women remain mere spectators in politics.

No much hope for the future

Considering the intricate relationship between religion, culture and patriarchy, it is anybody’s guess on how long it will take before Arab women can have equal rights to those of their male counterparts. There is hope, however, that other states will emulate Tunisia’s approach towards inclusive democracy.