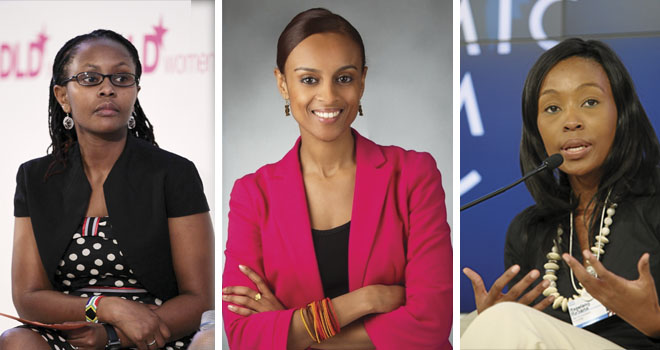 Semhar Araia was born in New York City whose parents are Eritrean immigrant. You will see from the amazing accomplishments outlined below that she has an incredible passion for the well-being of African women around the world. This is evident 30 countries she has visited, worked and lived throughout her life.

Semhar Araia is the founder and Executive Director of the Diaspora African Women’s Network (DAWN), an organization whose mission is to develop and support the next generation of African diaspora women focused on African affairs. With her law background, she specializes in US African affairs, diaspora engagement, humanitarian affairs, conflict resolution & international development. She is an adjunct professor at George Washington University, teaching on conflict, identity & development in the Horn of Africa. Before this, Semhar Araia worked for Oxfam International, US Congress, Nelson Mandela’s organization The Elders, and as an attorney for the implementation of the 1998-2000 Eritrea-Ethiopia peace process.

Semhar is also a community organizer with extensive grassroots and leadership experience working with communities in the diaspora and East Africa. She is a White House Champion of Change and African Union Diaspora Awardee of the Year, recognized for her outstanding contributions in the African diaspora community. She has lived, worked and visited over 30 countries in East Africa, the Middle East, South Asia and Europe. She earned her bachelor’s degree from the University of Saint Thomas and her law degree from Marquette University Law School.

Amanda has made an amazing difference in the lives of children and young adults.

Amanda A. Ebokosia is a Nigerian-American freelance journalist and founder and CEO of The Gem Project, Inc., a nonprofit organization that educates school-age children, youth and young adults about the issues that affect them and their communities. Through the involvement as activity leaders, youth strengthen skills of leadership and community organizing. The Gem Project has directly impacted the lives of thousands of youth and young adults through educational workshops, weekly programs and events.

Amanda A. Ebokosia has been honored by The White House, The City of Newark and the annual FORBES Magazine 30 under 30 list, Ebokosia and her team have demonstrated a great ability to engage communities and young people in ways that develop their leadership skills, which have the capacity to change their lives. The Gem Project and Ebokosia have been featured in many magazines and news programs to share their incredible accomplishments.

In her freelance writing Amanda explores the psychology of people as it relates to their leadership styles. She also focuses on business, women issues and education. She earned a BA in biology with a minor in psychology at Rutgers University. She has also completed the Nonprofit Executive Certificate program from the Rutgers Institute of Ethical Leadership at Rutgers Business School.