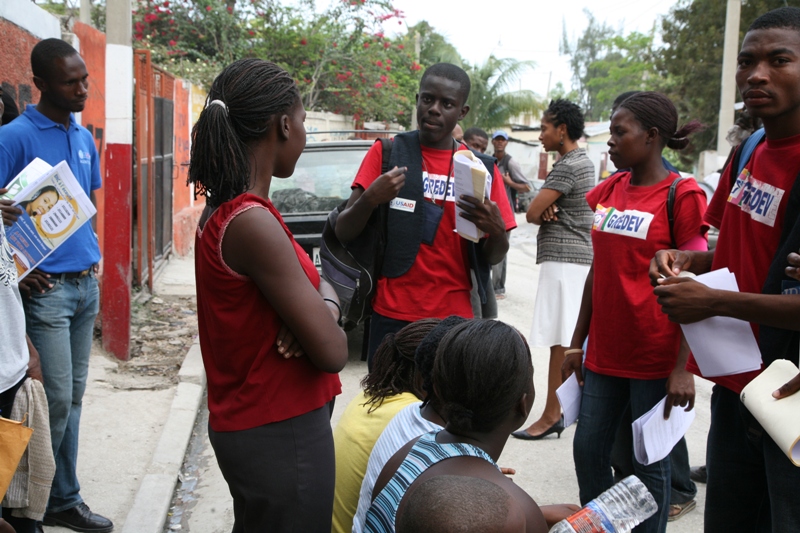 A project in Harlem, New York is attempting to bring an African model of health care delivery to the United States. This is being attempted by an organization called, City Health Works.

If their attempt is successful, it could help change the way chronic diseases are handled in poverty-stricken communities, where the majority of people suffer from HIV/AIDS, obesity and diabetes. The experiment was born out of an experience a native New Yorker had when she traveled to Africa and worked with a community health group in Cape Ann, South Africa known as Mamelani Projects. This group tried to tackle the health problems in poor neighborhoods, especially HIV and AIDS. They used an interesting approach.

They hired people with no medical backgrounds from the community and gave them the responsibility of becoming peer health educators. They were local residents who were willing to help out. The native New Yorker was extremely impressed with one woman who had an incredible ability to draw from the life experiences of people she worked with to help them make better informed health decisions. No amount of training can be a substitute for life experience.

When the native New Yorker returned from Cape Ann, South Africa she could not get the experience out of her mind. A couple of years later the woman she was so impressed with moved to New York. Her husband was training to be a doctor and was working in a clinic that treated people with diabetes. She wanted to do more than just give people pills and tell them to come back at a later date. She thought maybe the system of peer health educators that was being done in Cape Ann, South Africa could be done in New York. That is how Health City Works was born. Her and her partner, the doctor, paired together to get the project off the ground. The couple was able to raise funds from three different sources.

The idea is to get patients to the clinic before they get so sick, and then help them stay out of the clinics going forward. To accomplish this they need ambassadors who are embedded in the community. The ambassador’s job is to work with patients after they’ve visited the clinic. By going to their homes, making sure they have the medicine they need and making sure they take it. They also show them how to stay on the diet their doctor has ordered. It also helps the patients economically by keeping them out of the clinic, reducing their health care costs.

Another huge benefit to having health coaches is that it builds a relationship between the doctors and the community. This is priceless to all involved.

A Poem For The Sickle Cell Heroes September is unique why? it is the month of hope for people living with Sickle Cell  around…